Native advertising could be the long hoped for bridge to a digital future for newspapers, to finally achieve the kind of premium pricing for digital advertising that they have in print, and to effectively monetizing the rapid rise of mobile news consumption.  But near-term, the opportunity for newspapers with native advertising is not just digital. 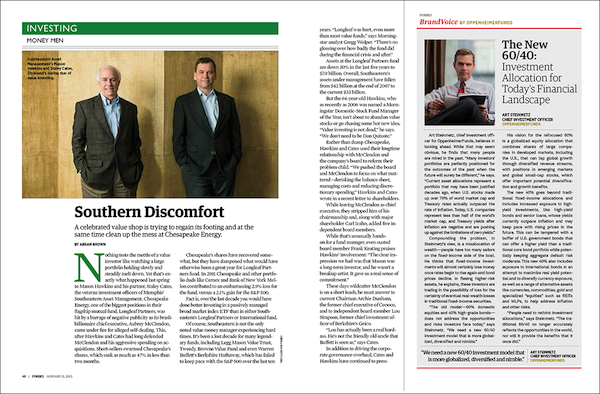 Forbes is very smart to position the value of native advertising in print as a complement to the value in digital:

Newspapers can and should do the same.  And some already are. The New York Post ran this ad for their new native advertising program… in the print newspaper: 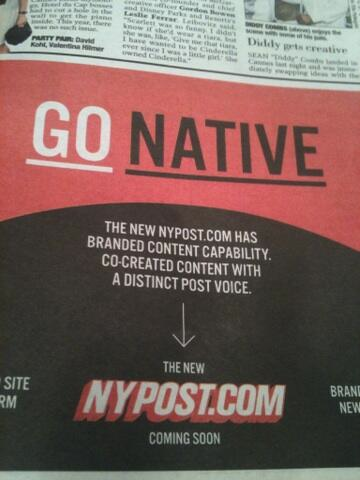 There is clearly demand for businesses to have a “voice,” to be part of the conversation with consumers, beyond the pure marketing of display ads.  Newspaper brands are still an extremely high value, trusted context for making your voice heard.

For businesses, reversing the old adage, 1,000 words printed in a newspaper are actually worth far more than a 300×250 picture on the web.  For local businesses in particular, having a substantive voice in the affairs of their community has huge value.  It’s a way to brand themselves as an integral part of the community, and worthy of local consumers’ business.

Just as many publishers are still using display ads to complement native ads in digital, newspapers could run native ads for local businesses alongside their display ads — so no cannibalization. Cannibalizing print ad dollars is the great fear of every newspaper sales team, and such fear is how they have managed in many cases to thwart the development of new digital ad models.

But with native ads, the print sales team can not only protect but actually grow their key accounts.  It’s the alignment of interests that every newspaper publisher has been struggling with in the business model transition.

Will native ads in print break the church/state barrier and destroy the newspaper’s credibility? Not if it’s done right.  It’s all about transparency. The key is readers need to know the content is paid for.  Keep in mind that display ads in print are not typically labeled as ads — even when they started appearing on the once sacrosanct front page.  Traditional display ads in print work because consumers have learned over time how to recognize them as ads.  With ads as content in print, consumers can also learn, with the right labeling and design framework, to distinguish pay-for-play content from editorial content.

The Washington Post recently launched Sponsored Views, which lets businesses and advocacy organizations pay to have their comments appear at the top of the Post’s comments section. 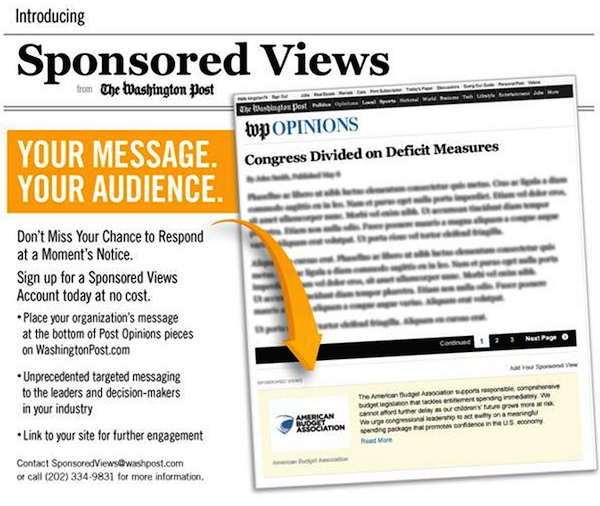 It’s a not big leap from there to giving businesses a voice in print with native ads.

Native ads in print could also revitalize the appeal of newspapers to national advertisers, by providing a seamless extension for the digital distribution of branded content into print.  For a native ad network, extending the value into print could be a significant near-term arbitrage opportunity, and a key competitive advantage (albeit counterintuitive).